How I'm using my Traveler's Notebooks at the moment

A year has passed since I made my first leather Traveler's Notebook and I've been using this sytem now for well over a year.

I've been making my own diaries and inserts right from the start and have adapted the system to suit my needs. I've used several different lay-outs and setups through-out this period, but I think I have now found a setup that works exactly how I like it. 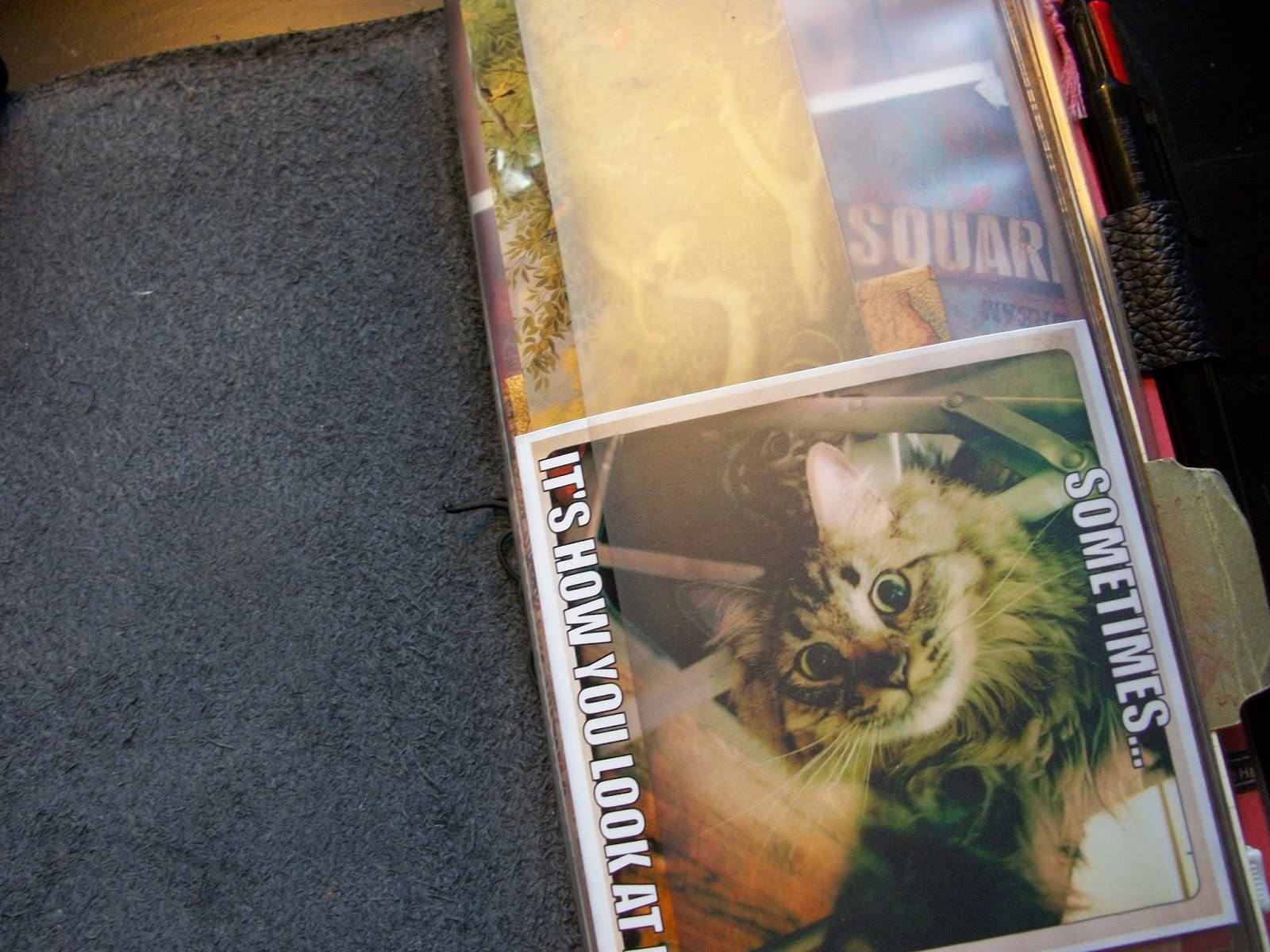 I have 4 RS TN's for different purposes, one for work, one for art journaling, one for my Etsy store and one personal journal and diary/agenda. I also have a Fieldnotes sized TN for lists and keeping track of online orders and a small Passport sized one that I use as a wallet.

At first I used a setup with a MOTP, a WOTP and a daily diary with a chronodex adaptation to fit a 24 hr day. As time progressed and I was slowly overcoming the symptoms of my burn-out, I found I didn't need a full daily page to keep track of what I was doing. I did however want to keep at least a page per week.

How to add extra booklets to a Traveler's Notebook

I received several questions about how to add extra booklets to your traveler's notebook and since this is rather difficult to explain with just words, I thought I'd make a blogpost about it with pictures to make it easier to see.

As an example I used my Fieldnotes/Pocket sized Traveler's Notebook, with just one elastic (1 long and 1 short) 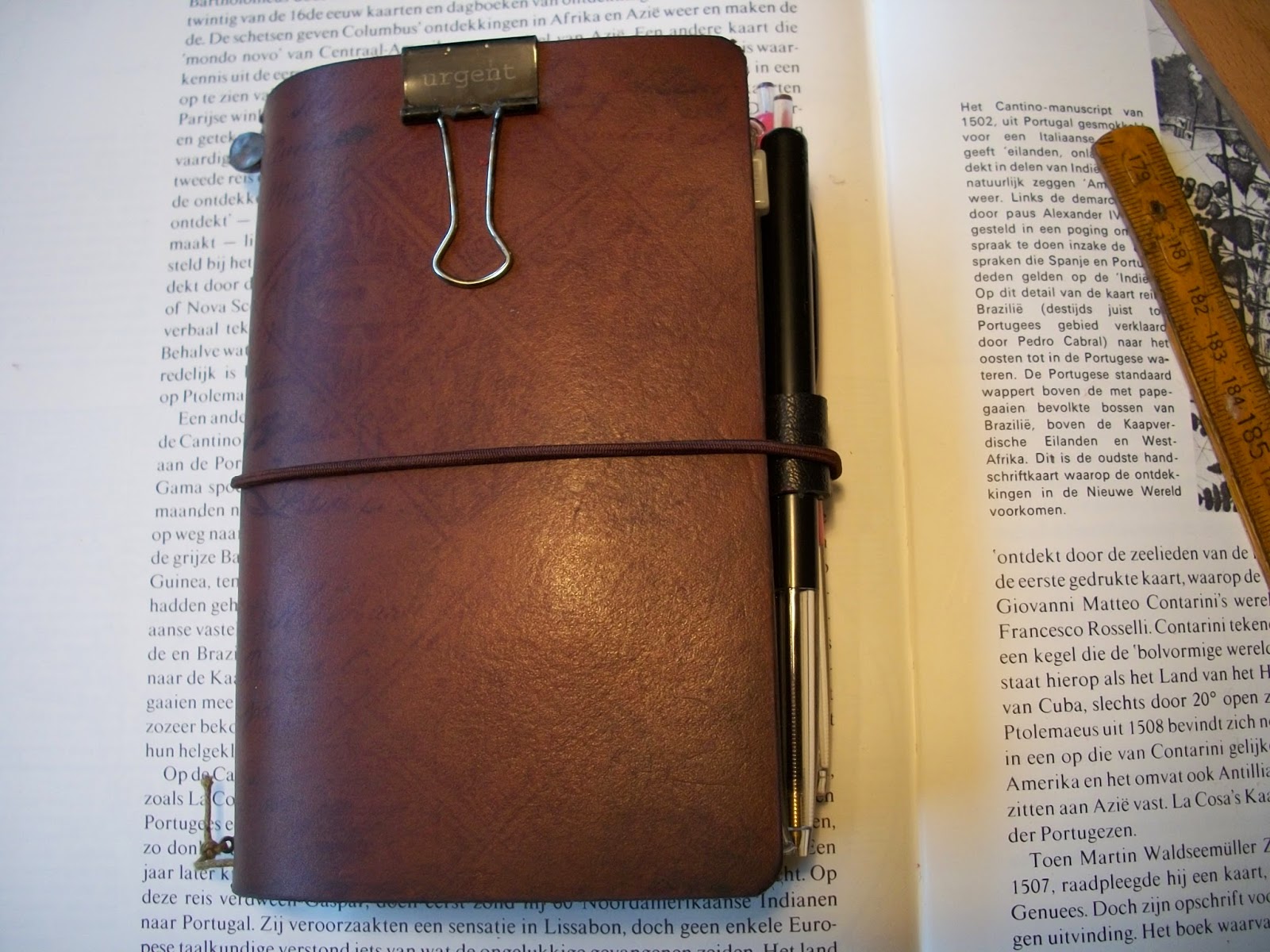 I took it completely apart, to show you how I add the notebooks to my TN and took lots of pictures...

I promised a long time ago I would make a video about how to make a file folder for your Traveler's Notebook. Since the video isn't realy coming along I thought a photo tutorial would be just as helpful.

So I set out make a file folder with the Traveling Dori, Mir Arhon watching my every move. 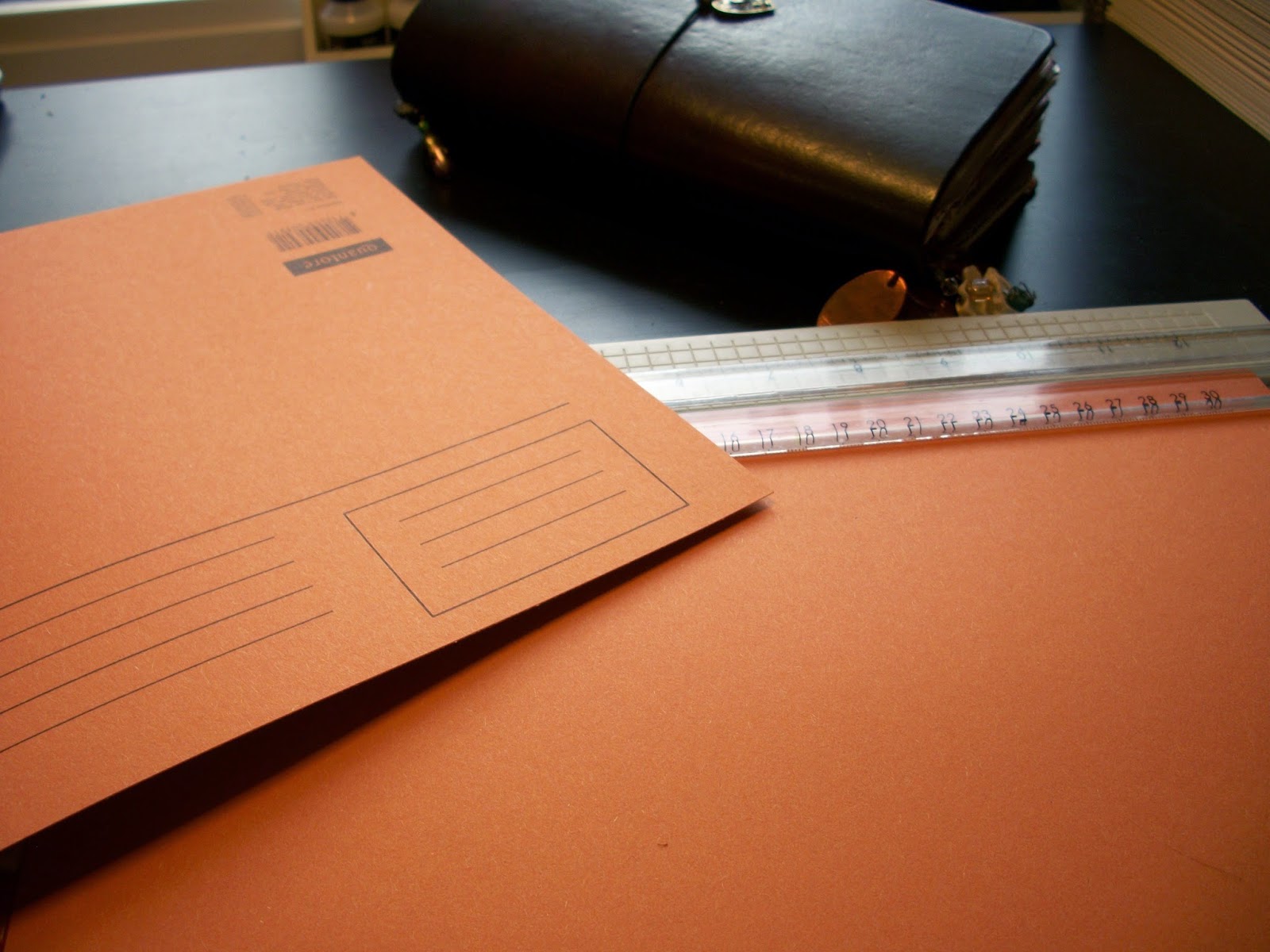 I'll do my best to keep the instructions short and clear.

Since the beginning of this year (march 2014) I've been involved in a project where people from all around the world share snippets of their life in a Traveler's Notebook.

For a brief period of time they will host one of the projects Traveler's Notebooks and capture their every day lives into the notebooks, with whatever medium they feel comfortable with. Be it writing, drawing, painting, photography or a combination of any of the above, anything goes.

A facebook group has been created for the group and many joined for the first trip around the world. Since there are so many people in the group, several subgroups have been cerated and each group has its own Traveler's Notebook.

I made 2 Traveler's Notebooks and inserts as a contribution to the project and coordinate both groups these travel within. These traveler's have departed for the USA on april 14th 2014 for their first stop and continued their journey around the world from there on. Some of the pictures of these travelers have been shared on Flickr and on Facebook. I will try and get more pictures gathered there. There are also pictures on Instagram (#TravelingDori). 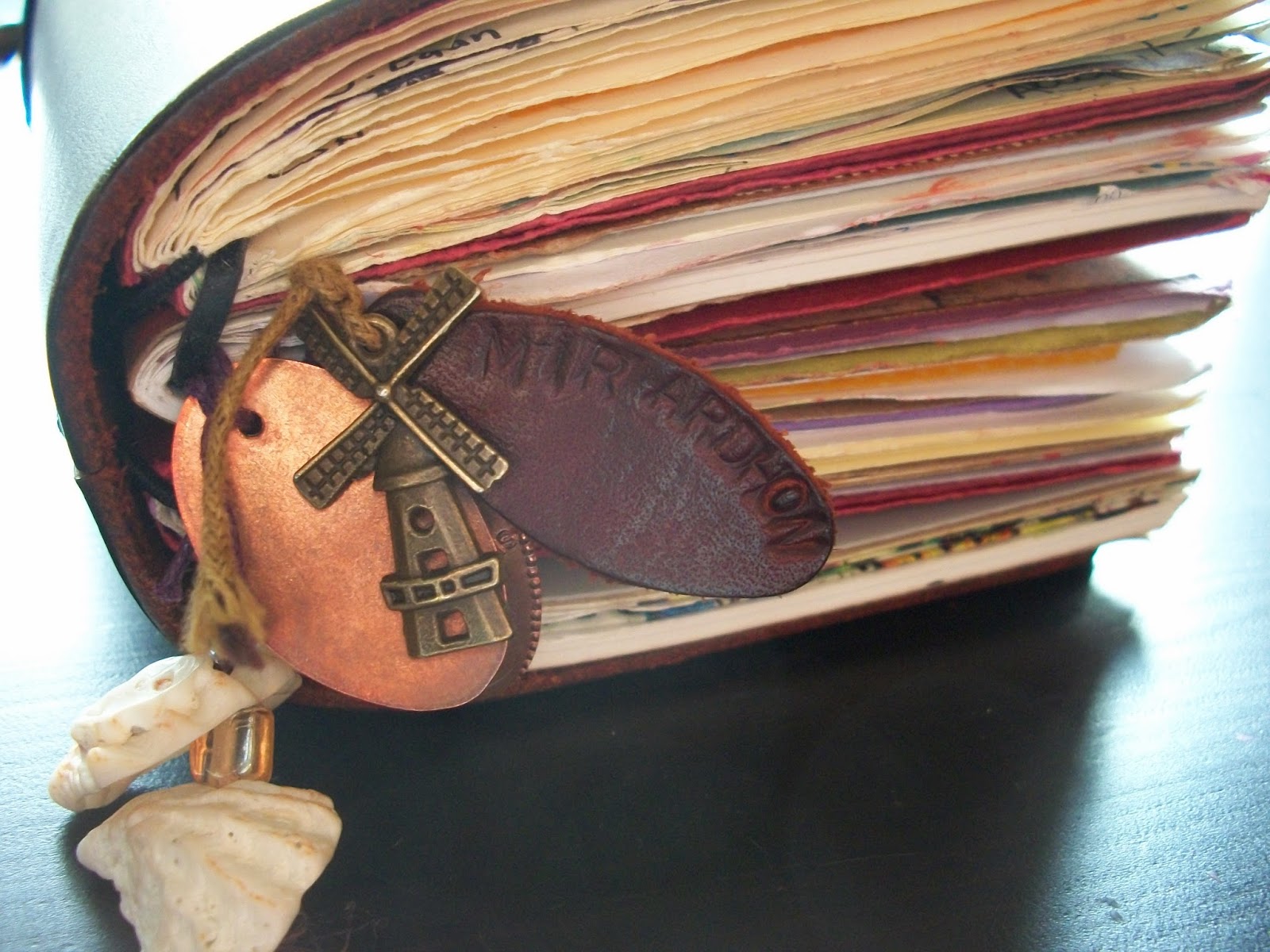 Last week one of the traveler's came home after its first trip around the world and I was at awe. Its so wonderful to see all the contributions in the book, all those pieces of life from all around the world. To read about them, see their photo's and feel their art and heart.

So I made a little video, yesterday evening, which doesn't do it justice at all, but will give a little impression of the Traveler.

Yesterday I was browsing through Pinterest looking for some inspiration, I stumbled upon a beautiful collection of Tangle patterns. When I clicked trough to the blog I found they were made by a lovely lady named Emily Houtz. She made an entire set of Tangle reference cards and they were free to download.

With this many Tangle examples I figured I could perhaps make a booklet with Tangle examples to take with me in my Traveler's Notebook. After a bit of fiddling (quite a bit actualy) I managed to get them into the format I wanted them and made a trial booklet for my daughter.

She loved it very much an proceeded to make a cover for her booklet filled with doodles. Her cover not finished so I can't show it here yet, but she's having so much fun with it.

Looking at this I thought maybe other people would like a booklet like this as well, so I wrote to Emily to see if she would mind me sharing the booklet I made with her Tangles. I got a lovely email back from her and she graciously allowed me to share the booklet template with you. 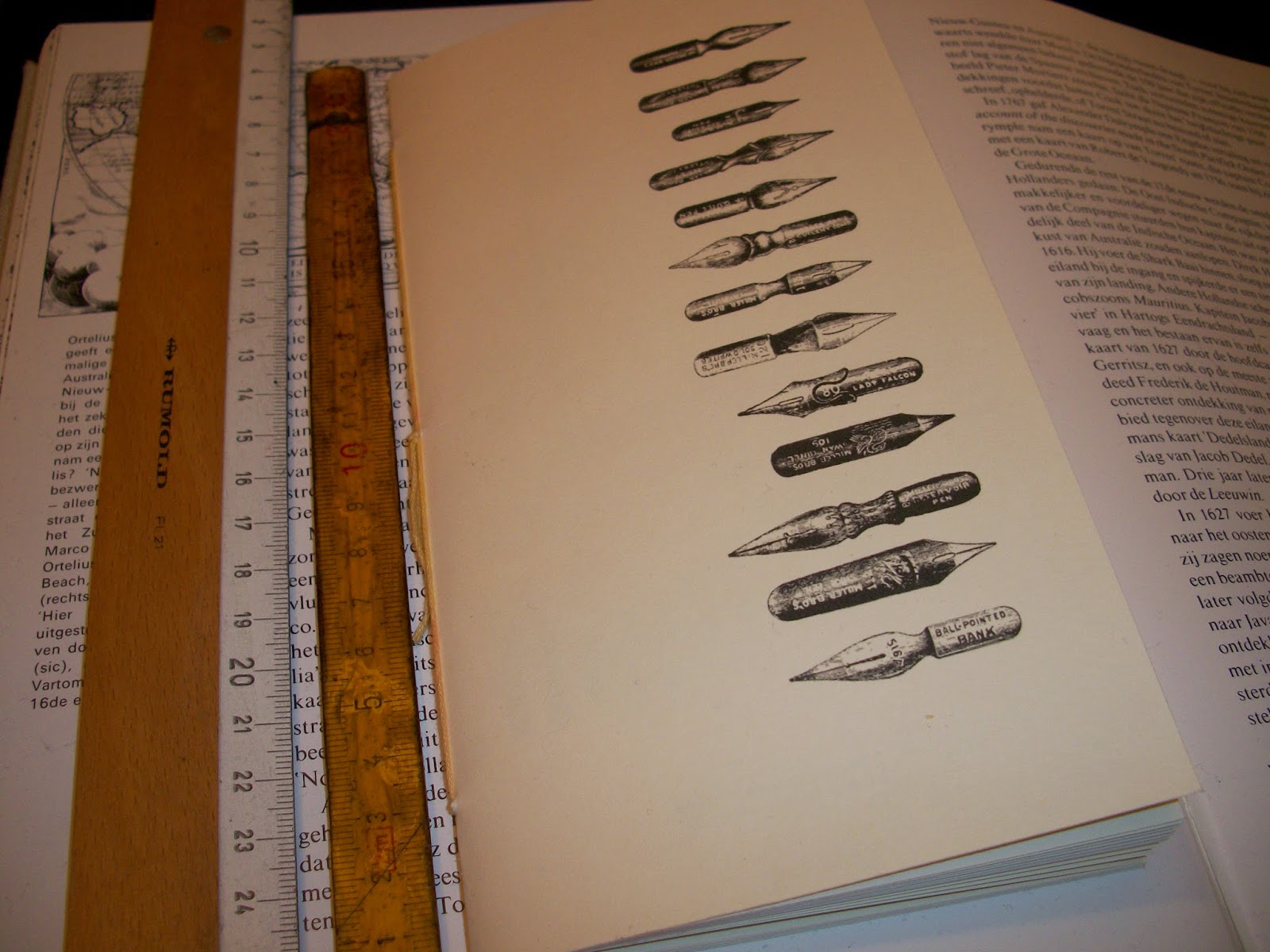 I adjusted the template file a little and made an example booklet. I'll be taking this one with me in my RS TN. Among the inserts are some templates with quotes I collected overt the past year and used with my art journals. An insert with random quotes and an insert with Hitchhikers Guide quotes by Douglas Adams, since this is one of my all time favorite books. I've shared these free templates already on my facebook page and in several Facebook groups, but thought I'd share them here as well. 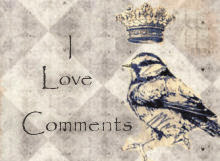